2254 was created by David Rees and Rupert Neve in 1969 as a continuation of 2252 и 2253 compressors, which also became the standard compressor unit inside their famous 80 Series consoles.

2254 was unique in using diode bridge as compression element. This bridge relies on the dynamic resistance of the diodes changing with current provided by the control voltage. Up to now not many compressors using this method of compression with a such sound character.

DB54 is based on 2254 E revision. During explore of original we’ve decided to get best from vintage, save mojo approach as possible, extract some not useful function and add some additional options multiplied by modern approach. And here is what we’ve got:

- feat it into standard 1U enclosure

- limiter function was deleted, compressor only

- all wires between BA cards was replaced with pcb boards

The sound of 2254 is obtained from the combination of three transformers in the audio path, class-A 1272 line amp running at 60dB gain and level control element added just after the input transformer. The 60dB gain comes from the -40dB loss in front of the diode bridge (as it can’t get hot signal) and another 20dB for the gain make up.

2254 sound is often described as creamy, warm or round. It is great for gentle compression on mono sources or for thickening and punching subgroups, such as drums.

Might mention that 2254 was Michael Jackson's favorite compressor to use on his vocals.

Sort by defaultSort by price 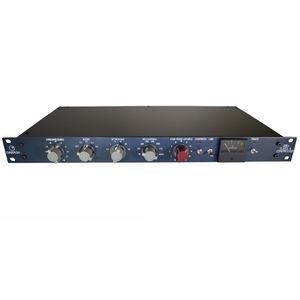